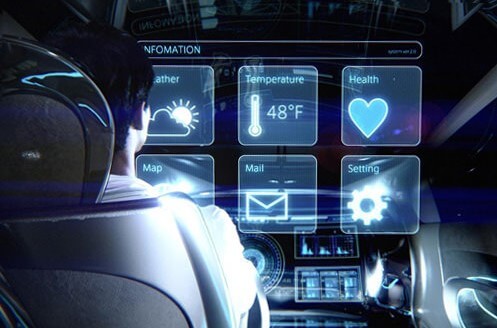 It is evident that car technology is steadily advancing and what we may have looked at as an idea from a James Bond movie or a Sci-Fi movie is now reality. So right now we may think certain ideas for future car technology are a long way off, but indeed they may become reality within a few years. Based on the different trends and modern advancement in technology, here are some of the technologies we can hope to see in the not too distant Future.

This is more than a certainty because we have seen the prototypes and we have seen a few of these cars being tested by companies like Google and Audi. The prospect of being able to read a book while the car follows a preset command to take you to your destination is exciting but at the same time, some people may feel it will kill the thrill of being in control of a car especially people who own sports cars. Well love it or hate it, this is an innovation we may be able to see as early as 2018.

Technology is going smart these days, just about every gadget we hard back in the days is being made smart. Watches, televisions, mobile phones fridges and even the entire house can be made smart so it will be no surprise when we have smart cars. We are not talking about the tiny smart car which can park itself, we are talking car technology that integrates into our daily life, a car that is our assistant, that can serve as an office with the ability to send and receive emails, keep track of our health just like a smart watch and have a number of apps that you can use to make your life easier.

The internet has become so much a part of our lives so it will be no surprise if that trend is extended to cars. Very soon we will see internet connectivity becoming a standard feature on all cars even the cheapest of them would have it not as a luxury but a standard feature like a car radio.

Intercommunication between cars and the road

If you look at human beings, many times we avoid colliding with each other by communicating with someone in front of us to give way. If cars were able to do this, it will save a lot. This car technology is not so far off, we already have cars with sensors and now it is only a matter of time before innovation gives birth to cars that can talk to each other as well as the road so that if for example you are backing up into a parking and you are about to scratch a car on the side, that car can inform your car so that it alerts you or takes control of the parking. For the sake of our safety, this technology should come through real soon.

You may have seen this in sci-fi movies like Terminator where the robots are able to see information about objects and people they are looking at. Well in the near future such information should soon be displayed on the windscreen for a driver to use for example the width of the road, how slippery the road surface is, as well as the model of the car in front of you. We already have Google glasses and now that same technology can be transferred to cars.

It is evident that the future of cars is going to be a huge revolution and we will sit back and laugh at how we got on with life in these days without some of the car technology we will have.